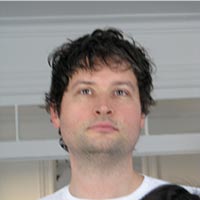 Founder of Bulldog and Fisk

In 1997 Sandro Pasquali founded Simple, which invented the first enterprise-grade JavaScript framework. The company was sold along with several patents which anticipated behavior-based advertising and composable, modular interfaces for browser-based software. Node represents for him a natural next step. Sandro has led design and engineering for some of the largest companies in the world, including Nintendo, Penthouse, Major League Baseball, FastCompany, LimeWire, AppNexus, Conde Nast, and others. He has displayed interactive media exhibits during the Venice Biennial, won design awards, built knowledge management tools for research institutes and schools, and started and run several start-ups. He is the author of two books, "Mastering Node.js" and "Deploying Node.js". He lives in New York.

Talking back: Conversational UIs with Node.js

The bot armies are coming! Everyone from Facebook to Slack is building bots, and the conversational interfaces they are creating are driving a new gold rush. In this talk you will learn how to read user statements (like "bring me a pizza!"), grab intent, and respond like a smart AI would. From there you'll learn how to create Slack bots, interactive CLI interfaces, NO-UI SMS apps, and more. We'll be building a functioning application live -- you'll watch an artificial intelligence come alive before your eyes!