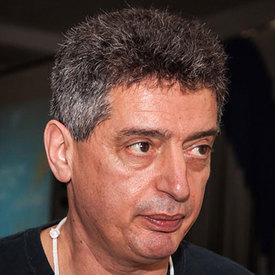 Yakov Fain is the coauthor of Angular 2 Development with TypeScript as well as a number of other technical books on programming. Yakov works as a software architect at the IT consultancy Farata Systems and develops software products for the insurance industry. A Java Champion, he has taught multiple classes and workshops on web and Java-related technologies, presented at international conferences, and published more than a thousand blog posts. Yakov lives in New York City.

The Angular 2 framework includes RxJS, which is a library of reactive extensions built on the premise that everything is an observable stream. Observables allow to introduce the push model in data processing of your applications. First you’ll get familiar with the RxJS library, and then we’ll continue reviewing the use of observables streams in Angular 2.
Sponsorship Opportunities